Cleaning the Garbage Disposal: A Step by Step Tutorial 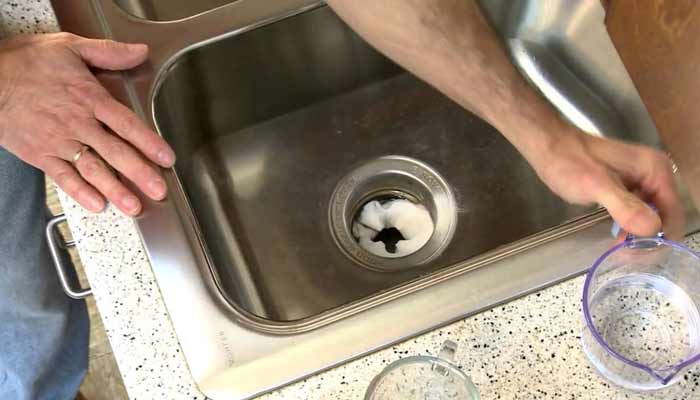 A garbage disposal is a device that is put under the kitchen sink used to chop off pieces of food that you dispose in your sink. This is done so no chunks of food will clog your drains. The garbage is chopped into small pieces that they easily pass through the drainage. Here is the step-by-step process of cleaning your garbage disposal unit.

1) Check things Lodged in the Disposal

First of all, turn off the garbage disposal so you don’t accidentally cut your fingers. Next, check for anything lodged in the disposal. If it is big enough to reach with your finger, then take it out. But if possible, don’t put your fingers near the blade because you never know what might happen.

Otherwise you can use a long nose plier or forceps to remove whatever is stuck in the unit. Remove anything in the garbage disposal unit before we can proceed to the proper cleaning.

Turn on the tap water to flush the garbage disposal. Any loose dirt will be removed and those small enough fragments will wash down the drain. Put a stopper on the garbage disposal and fill the sink with water, and then squirt some dishwashing soap on the sink.

Let the soap sit a while on the sink before we proceed to the next step. It is better to use hot water rather than cold, this is to melt any grease or oil that is lodged in the disposal. With the use of hot water, the grease will be washed away.

An alternative for ice and salt would be to freeze vinegar so they will turn into ice cubes and crush these in the disposal instead. Using vinegar will also disinfect the garbage disposal.

4) Brush through the Drain

If you are not satisfied with the steps mentioned above, you can also clean your garbage disposal manually. With the use of a tooth brush, you can push your brush through the drain and brush the disposal unit manually.

You can also use a scrub brush that is designed specifically to clean disposal units. You can use dishwashing soap to clean the unit or you can also use vinegar to scrub with.

Now that the disposal is mostly clean, we can now work on eliminating any remaining odors. You can use peels of oranges or any citrus fruits to freshen up the garbage disposal. Using this will also leave you with a great smelling kitchen.

You can do this by dropping the fruit peels down the garbage disposal and grinding them until they can pass through the pipes. The peel will not only remove odorous smells but also clean the blades with the citric acid present in the peelings.

Another way to remove the bad smell from the garbage disposal is to use vinegar and baking soda. Sounds like a science experiment, but the combination of these two has been proven to work wonders on anything and especially garbage disposals.

Put a stopper on the disposal then sprinkle one half cup of baking soda down your drain, followed by one cup of vinegar. Let the concoction sit for about five to ten minutes then you can rinse it with hot water. Leave the garbage disposal running while doing this to make sure that the water pours on all the blades.