How to Make Fire with a Pump Drill? 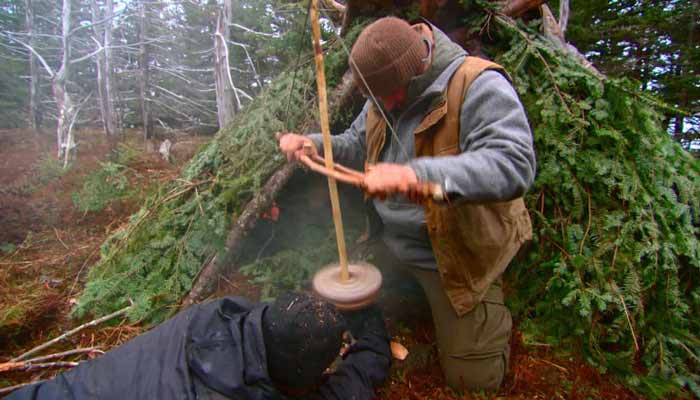 In recent times, people can make the most of their camping because there are high-tech stoves or ovens or even barbeque machines to make hot and crispy grills. But 50 years ago what did people do to make grills or enjoy their camping? Without these machines, what did they do to make fire?

Now, to find out the answers of these questions, you have to go back to the past time when people utilized the primitive ways to make fire, especially with a pump drill. Let’s have an in-depth look how people made fire with a pump drill.

What are the Primitive Methods to Make fire?

What to Consider when Selecting a Fire Making Method?

When you are selecting a method to make fire, you should consider the following factors:

What is a Pump Drill?

The pump drill was invented by the Iroquois. It is an ingenious tool that utilizes the flywheel to produce friction. Usually, the flywheel and crossbar is made of hardwood. Additionally, the fireboard and the spindle are created with softwoods. What’s more, this primitive fire-making tool has a shaft that has developed while working up as well as down a bow or bar, which carries an attached cord at the main point to the upper end of the shaft.

Furthermore, the pump drill is used to make fire from a very ancient time. The friction heat that is generated in a pump drill makes the fire and also it is used for boring holes. The mechanism behind a pump drill is easy-to-understand, but sometimes, it is hard to explain. Besides, the pump drill is quite similar to the button of a spinner or whirligig where the momentum is made and kept through recurrent winding and unwinding of a cord.

As stated earlier that a pump drill is an old-aged tool, it was regularly manufactured and used until the early 20th century. Also, the tool was used by people of different professions like – metal workers, jewelers, silversmiths, watchmakers, etc. Their primary objective was to bore tiny holes in homogenous materials such as precious metals, stone, and brass.

How to Make Fire with a Pump Drill?

Constructing a pump drill is a complex procedure because mechanically, it is complicated. However, this complexity is coincided with easy fire-making. Once the pump drill is constructed, there will be little or no effort required for making the fire. So, let’s take a look at the steps to make fire with a pump drill:

This video sums up nicely all the steps mentioned above. Feel free to go through it at your own pace.

Safety Tips for Making Fire with a Pump Drill

Making fire without matches is easy, especially with a pump drill. All you need to do is construct the fire drill in a proper way and follow the above steps of pump drill fire making process. So, practice the steps regularly and make fire with a pump drill easily. Read more about the best drill press here