Tips and Steps on How to Install Catalytic Converter 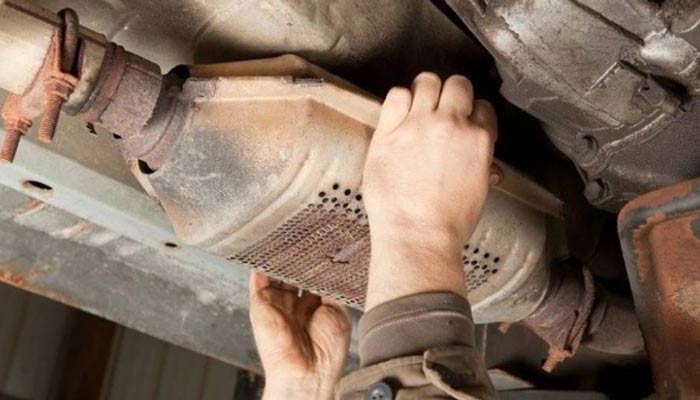 A catalytic converter in the exhaust system of a motor vehicle is essential in making exhaust fumes less harmful. Although this device is simple, it carries a huge impact on how a vehicle may operate.

Before you fix and replace anything, you have to know why exactly you have to do it. Does your car suffer from reduction of engine performance? A clogged converter restricts exhaust flow that can result to a poor engine performance and also creates rattling noises when it becomes old and damaged. A failing converter can also cause increased emissions.

If your car have these symptoms, it is best to have your vehicle inspected by a professional technician to determine if it needs the catalytic converter replaced.

Before you replace any old and battered catalytic converter in your vehicle, you have to buy the right replacement for it.

First thing, before purchasing any converter replacement, it is important to know what type of emission system your vehicle originally came with. Check for your emission equipment sticker, this can be found either under the hood of your vehicle or behind the engine.

There is also the universal catalytic converter if the direct fit converter is not available which costs less but this will need a little more effort to install. You have to actually measure your existing exhaust and might have to weld it into place taking extra care in fitting the right sensor ports.

How to Install Catalytic Converter

Catalytic converters are most commonly secured in two ways. It is either bolted up at the flange or is welded directly at the pipes of the exhaust system. Though replacing catalytic converters may vary from different types of vehicles, we will cover the most common bolt-on type that can be done with enough knowledge and the right kind of tools.

Steps on How to Install a Catalytic Converter

Raise your vehicle and secure it on jack stands. Make sure to raise it to have enough space for working underneath the vehicle.

Remove any oxygen sensor, if any, that may be attached directly or near the catalytic converter.

Spray penetrating oil on the flange hardware of the exhaust to break it more easily, since it is prone to rust because of its location under the vehicle. Let it sit for minutes before loosening it up with a wrench.

You may also want to follow the How to Replace Catalytic Converter video if you want a more visual step in replacing a failed catalytic converter.

After replacing and installing the new catalytic converter in your vehicle, it is best to take the car out for a test drive. Look for any leaks from the exhaust of your vehicle while it is running. Most leaks are caused by loose bolts on the flange of the converter. So, if you see leaks while running your vehicle, turn the engine off and let it cool. Re-tighten the bolts until it is necessary.

The steps in replacing and installing a failed catalytic converter are quite easy to follow. However, it is a good idea to determine either before or after you replace the converter to know the reason why the original converter failed. This will help you to correct the causes of failure to avoid the same thing happening again.