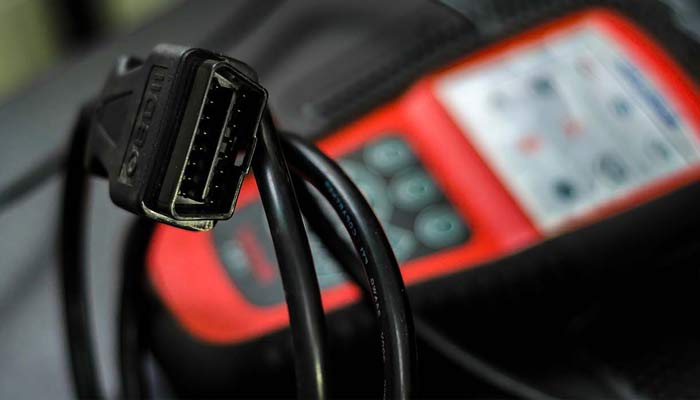 Independent aftermarket associations have filed a citizens lawsuit in the District of Columbia after five years of negotiation for the EPA to uphold the mandates of the Clean Air Act. The suit aims to give the aftermarket some access to the on-board diagnostic systems.

The suit also names the California Air Resources Board and the individual officials within these government offices.
The result of no response after five years of negotiations.

After waiting five years for the U.S. Environmental Protection Agency (EPA) to uphold the mandates of the Clean Air Act, nine independent aftermarket associations have filed a citizens lawsuit in the U.S. District Court in the District of Columbia.

The suit also names the California Air Resources Board (CARB) and the individual officials within these government offices. In a nutshell, the suit seeks to allow the aftermarket access to the on-board diagnostic (OBD) systems.

The history of this dilemma dates back to 1990 when the Clean Air Act (CAA) was amended. Congress then required the installation of computerized OBD systems in all passengers cars and light trucks. The OBD system monitors the vehicle’s emission-related components which then warn of failure or deterioration. The purpose was to reduce auto emissions.

A side-effect of this OBD provision also gave total control of the OBD access to vehicle manufacturers. To rectify this, Congress included specific provisions to allow access by the aftermarket. The CAA directs the U.S. EPA to ensure that the independent aftermarket receives access to the system.

Some of the problems have been addressed. The U.S. EPA has issued some of its OBD regulations, including a requirement that all OBD service information provided to the vehicle manufacturers be made available to all.

Despite these actions, the aftermarket contends that the U.S. EPA is violating its own information availability regulation by permitting California to implement OBD II, which includes a more prohibitive anti-tampering requirement than the U.S. EPA‘s own earlier regulation which it withdrew.

The hitch is that the CAA preempts all states from implementing emission control standards that are different from U.S. requirements. The law recognized that California had special air pollution problems and gave the U.S. EPA authority to grant the state a waiver for more stringent standards when California could demonstration its need on the basis of a very specific criteria.

Without the waiver, California developed its OBD II regulations in 1989 and is enforcing OBD II. The U.S. EPA then certified California OBD II-equipped vehicles as compliant with the U.S. Clean Air Act.

The anti-tampering protection for OBD system is a problem. The aftermarket contends that protection is unnecessary because the CAA contains strict prohibitions to prevent any tampering with the emission control system. The aftermarket feels that neither California nor the U.S. EPA has provided an quantifiable evidence that software tampering needs any special protection.

“This action is the result of five years of frustrating negotiations between the aftermarket associations, both individually and collectively, and the U.S. EPA, CARB and the vehicle manufacturers to seek a solution,” says Marc L. Fleischaker, lead counsel for the aftermarket lawsuit. “However it has become clear that there are different interpretations of what the CAA mandates mean and whether California has the authority to exceed U.S. law in its own regulations.“

Another aspect to this case, which is important to the aftermarket, according to Fleischaker, is “whether or not U.S. or California law can be used to change the dynamic of a historically competitive market for service and repair of vehicles. Since a negotiated settlement has not been reached, the aftermarket must now turn to the courts to seek a judicial option on these major issues.”

One of the associations, the Specialty Equipment Market Association (SEMA) has been in the forefront of fighting for access to the computer codes for many years, according to Chuck Blum, president of SEMA.

“By suing CARB and the EPA we hope this will bring the OEs to the table to negotiate,” says Blum. “We have been asking for access for a while by ourselves, but now we have the support of eight other associations – in essence the whole aftermarket. And that should be enough power to get a solution to this problem.“

The U.S. EPA and CARB have 60 days from the filing of the suit (Aug. 9) to respond to the suit. Possible outcomes could be a negotiated settlement or a continuation of the suit. If it goes to court, a lengthy settlement could be expected, as much a two or three years, according to an association spokesperson.

The associations participating in the suit are: