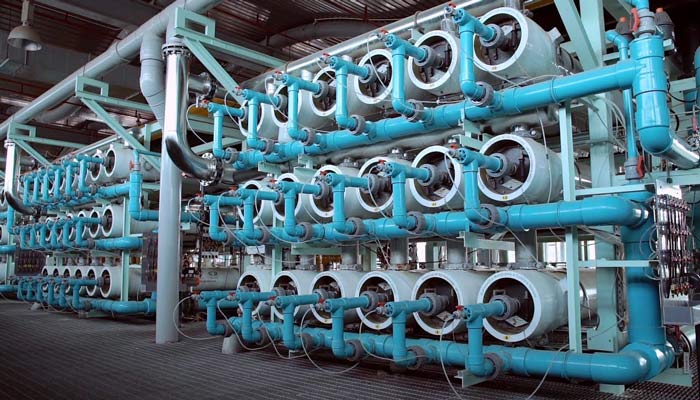 Regarded as one of the world’s main business centers, Singapore is a glamorous country in Asia. This country has been ranked as the fourth-largest financial hub in the world. Naturally an island city-state, this country is located in the southern part of Malaysia. The economy of this affluent country is booming as investments are pouring in. This country possesses everything except adequate water facility.

There is a huge scarcity of water among the various districts and the country is unable to meet its water needs. Moreover, Singapore government has to import millions of liters of water from neighbor countries such as Malaysia and Philippines. On top of that, FAO (Food and Agricultural Organization) has officially classified Singapore as ‘water poor’. However, the government of Singapore has has taken significant steps to meet its water demands successfully.

What did the Government of Singapore do?

Singapore government spent a lot of time in strategic planning and investment in conducting research and technology. Singapore’s national water agency PUB (Public Utilities Board) has created a strong and diversified supply system of water, known as ‘Four National Taps’

Note that both the NEWater and Desalinated Water have significantly improved Singapore water supply. They have lessened the burden of importing millions of liters of water from other countries.

NEWater is high-grade reclaimed water that is generated from treated or used water. This treated water is then purified while using highly developed membrane technologies and ultra-violet disinfection, which altogether makes it pure and safe to drink.

In order to testify the quality and reliability of NEWater, scientists and research organization has conducted more than 130,000 scientific tests. Amazingly, NEWater has passed all these tests and proves that the system is a trustworthy system to meet water demands.

Singapore launched the biggest NEWater plant in 2010. After adding this new plant to the already developed NEWater system, Singapore has four NEWater plants. All these plants are able to meet up to 30% of the nation’s current water demands. The country is looking forward and plans to enlarge the existing NEWater facility by 2060 to meet the water demands up to 55%.

In 1998, PUB, along with the Ministry of the Environment and Water Resources in Singapore commenced a study on water reclamation (reference). The study aimed to figure out whether recycled water and desalination water is a viable option or not to meet the ever growing water demands. Another important consideration was to reduce the reliance on water import from Malaysia.

This extensive study revealed that recycled water can be utilized as a prominent source of water. To add to that, this reclaimed water was named as – ‘NEWater’. In this way, NEWater was introduced to the world and the citizens of Singapore. PUB along with other concerning parties (the Ministry of the Environment and Water Resources in Singapore) started their journey to make NEWater as one of main source of water in Singapore.

After these three stages, the NEWater is perfectly placed to distribute to its wide range of applications. Remember that before the final distribution, some alkaline chemicals will be added to bring back the acid-alkali or pH balance.

With that being said, Reverse Osmosis technology  is a widely used technology that has been used in different parts of the world. It is used in the manufacturing of bottled water for drinking as well as production of ultra-clean water for the water fabrication alongside electronics industry.

The RO technology has increasingly become a popular technology, which is used in desalination of seawater for human consumption. This process recycles the used water for drinking water on space shuttles and on international space stations.

Is NEWater Safe to use in the Water Supply system?

NEWater goes through a robust series of water purification process involving advanced membrane technologies: Microfiltration, Reverse Osmosis, and the final disinfection of the product water using ultraviolet light. This process enables NEWater as a quality water source. As a result, NEWater is completely safe to be used in the water supply system of Singapore.

NEWater is a fairy tale story about Singapore, despite its lack of natural resources (precious water), overcome itself and paves its own way out using research and technology. By becoming independent on water supply, Singapore frees itself from over-reliance on Malaysia, and strides confidently to becoming the Asia dragon.