The Guide to Fight with Light 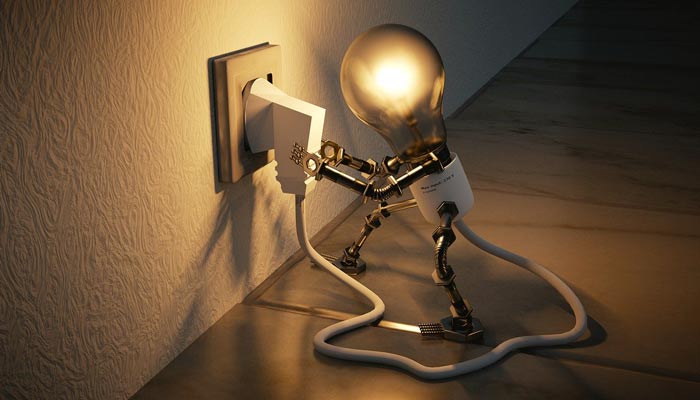 If you don’t have a tactical light, all the other urban warriors will laugh at you and make fun of you.  You will be branded as incompetent by the tactical establishment.

Black-clad ninja will leap from the shadows at the first opportunity and you will be powerless in the murky darkness.  Your family and friends will be forced to live with the shame of your poorly lighted demise.

Okay, now that we’ve gotten all that silliness out of the way, we can dismiss the equally silly literature that promotes tactical lights as generators of eyeball-searing, blinding pure whiteness that burns assailants dead with a flick of your righteous thumb on a tailcap switch.  Tactical lights are extremely useful and if you do not own one you should.  This does not mean they are magical wands of pupil-contracting justice.  They are, however, yet another means of stacking the odds in your favor in an altercation.  In any low-light condition, the ability to put bright light where and when you want it for the minimum duration necessary is a definite advantage.

There are many lights on the market.  Selecting one is outside the scope of this article.  Know simply that you should own a small but very bright light that has a tailcap pressure switch.  Most of the suitable lights on the market use Xenon bulbs (SureFire, Streamlight, etc), but there are a few suitable LED lights available too.

In daylight or lighted room conditions, must tactical lights are unpleasant and mildly distracting if one stares into them.  I don’t know that I would consider them debilitating, however.  Any serious blinding or distraction value these lights have, then, occurs primarily in low- or no-light conditions.  Any physical striking techniques (using the light as a pressure stick or fist load) obviously apply regardless of environmental illumination.

When your only weapon is the light, it can be used alone to augment your fighting style as both fist load and pressure stick.  I prefer the posture shown below, in which the light is held in a reverse hammer grip as part of a modified guard that protects the centerline.

From this posture, the head of the light can be slammed into vulnerable points on the assailant’s body (eyes, throat, and the backs of the hands, primarily) or the light can be activated and used to flash the attacker’s eyes.

Maintaining light in the opponent’s eyes while striking and otherwise dominating that opponent is a useful way to increase your chances of overwhelming that opponent.  If you’re striking with the light, your ability to use it as a distracter is curtailed by the jerking of the light or by damage it may incur during striking.

I think of the use of maintained light while fighting as something like pointing one’s sword (or knife, in some styles) at the opposing duelist’s eyes.  The theory in the case of the blade is that this makes your sword harder to see and track.

With the light, I don’t believe you can count on your tactical torch intimidating your opponent or otherwise reducing him to a cringing, blind, helpless bundle.  Chances are, however, that a maintained burst of bright light will make it harder for him to fight you.

Using the light in combination with an edged or impact weapon follows the same principles as when using it to augment otherwise empty-hand defense. The light becomes an extension of the off hand, used to flash the opponent’s eyes when the opportunity is allowed in concert with the strikes from the light and the primary weapon.

I prefer a light-forward posture when using just the light, but this will shift when using the light with a baton or knife.

One caveat that applies to using the light alone and with weapons is that of targeting.  Specifically, in low light the torch is a beacon that allows assailants to target you.  This cannot be helped.  If you want to use the light you have to accept that is a momentary liability when used.

Tailcap switches (and hence the use of intermittent light) help diminish the risk.  When maneuvering in low light prior to contact with an opponent, always light-and-move, getting quickly out of each new target zone you create when you flash the light.  SureFire literature I’ve read on low light fighting recommends varying the height and angle of your flashes to further confuse enemies.

Using a tactical light with a firearm helps you identify and acquire targets in low light.  The light may also blind or distract a hostile individual, against whom you are justified in using lethal force.  Entire books have been written addressing armed combat in low light, so we’re really just scratching the surface here.  Your primary task, though, is to learn to wield the light in conjunction with the handgun.

I say handgun because this is the scenario most private citizens will face:  using their personal defense firearm in low-light conditions to protect their families and themselves.  If you can legally obtain a handgun for home defense, do so.  There is no better tool.

There are four basic postures, well known in the “gun culture” and used for low-light shooting.  These are the Harries, Ayoob, Chapman, and Rogers postures.

HARRIES POSTUREThis is the stance I favor because it is similar to the Weaver shooting posture I also prefer.  While gripping the flashlight in a backhand fist, the gun hand comes forward and creates dynamic tension as it presses against the back of the flashlight hand.  The flashlight arm is pulled toward the body just as it would be in a Weaver stance.

In recent SureFire tactical literature, Massad Ayoob himself describes a modern variation of his technique for use with modern tail cap lights.  In his newer method, the gun is thrust forward while the light is held in a backhand fist against the chest, illuminating the gunsights and the target.  At least, that’s how I interpret his description.

CHAPMAN POSTUREThis technique was developed before tailcap switches revolutionized tactical lights.  Here I’m using my multi D-cell Maglite  because its switch is on the shaft of the light.  The thumb and forefinger hold the light, while the remaining fingers curl around the gun hand for two-hand grip.

ROGERS POSTUREThis is a two-hand grip with a tactical light poking through the first and second fingers of the off hand.  SureFire designs lights specifically for this technique.  You can spot them by the enlarged portion of the light body that is designed to provide leverage behind the fingers.

To effectively engage hostiles using a handgun and light, you ought to seek out qualified range instruction.  There are numerous factors to consider apart from target identification and acquisition.  These include the reaction of the assailant to your light, the possibility that he’ll shoot you when you light him up, the appropriate tactics for moving through dark structures while scanning with your light, and even the possibility that you will face opponents who have lights of their own.  These are beyond the scope of this article.

The information presented here will get you started.  It provides some basic principles with which you can work and practice.  The rest, however, is up to you and those with whom you train.

It is human nature to fear darkness.  About 80% of our sensory input is visual, which means the risk of any low-light encounter is dramatically increased.  Technology has given us the means to bring light to the darkness.  You cannot afford not to master these tools.